THE JEAN MONNET FONDATION FOR EUROPE 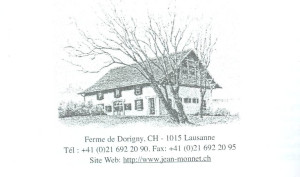 Father of the European Community. Together with his name, he bequeathed to the Foundation all his personal archives, to which were later added those of Robert Schuman and other builders of Europe. These archives represent the historical roots of the present European Union.
Jean Monnet entrusted the Foundation with the mission of:

• organising these records in a form accessible to students, teachers, researchers and leaders of public institutions and private activities, as well as ordinary citizens interested in their content, with the aim of contributing, through a knowledge of the past, to an understanding of the present and the preparation of the future;

• creating an awareness of this heritage throughout Europe and countries overseas in other continents. The means used by the Foundation to achieve this aim include the publication of «Red Books», meetings, exhibitions, the internet and, more recently, television broadcasts, both on local stations and the major mass-media networks.

The Web Site is http://jean-monnet.ch/