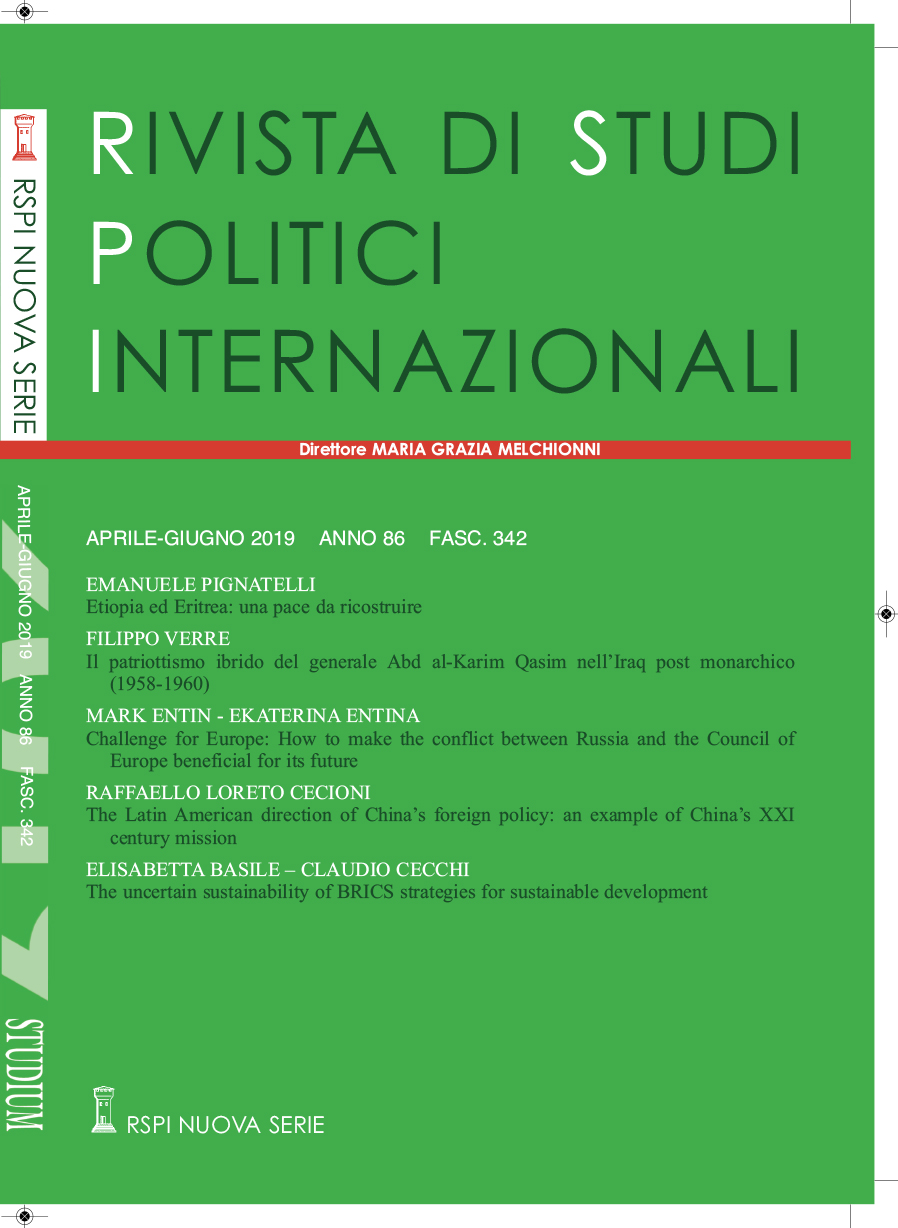 In 1991, after thirty years of war against the regimes of the Emperor Hailè Selassiè and Menghistù, the peoples of Eritrea and Ethiopia gained freedom. However, after achieving independence, Eritrea immediately fell into an authoritarian and suspicious regime that has renvoyed to far and uncertain
days any initial expectations regarding democracy and development and led the Country to ambiguous relationships with extremist groups from Somalia and Ethiopia. Ethiopia, on the other hand, lost the access to the sea and went through a never ending series of clashes between the centre and numerous combative ethnic groups.

After decades of British political interference, in July 1958 the revolution led by General Abd al-Karim Qasim and Colonel Abd al-Salam ‘Arif overthrew the Hashemite monarchy in power in Iraq for over thirty-five years. Once in charge, a longstanding dilemma presented itself to the rebels: to join the pan-Arab uprising which saw Syria and Nasserist Egypt as protagonists or to create an independent institutional path. During the first years of the revolution, therefore, Iraqi politics was substantially paralyzed by these two ideologies theorized by the two undisputed leaders of the revolt, namely Qasim and ‘Arif.

Challenge for Europe: how to make the conflict between Russia and the Council of Europe beneficial for its future

In 2014, the Parliamentary Assembly of the Council of Europe (PACE) deprived the Russian parliamentary delegation of the right to vote. In response to this discriminatory measure, members of the Federal Assembly refused to participate in its activities until the rights of the delegation were restored. Since this did not happen, Moscow first reduced its contributions to the Council of Europe (CoE) budget, and since 2017 it has completely stopped paying them. Given the status
of Russia as the main payer, this has greatly affected the activities of the Organization as a whole. Since PACE still reacted extremely sluggishly, and the crisis grew, the Committee of Ministers of the Council of Europe (CMCE) intervened.

Through the past three decades the world has witnessed China’s intense economic growth. Nowadays, the world is witnessing an equally intense Chinese economic expansion. In some areas, China’s expansion has been called ‘penetration’ due to its systematic character and capillary action.
The forefront of Chinese penetration is the Latin American region, where Beijing’s economic needs and strategic aims fell on fertile ground. Here China is benefiting from an increasing trade of raw materials and strengthening its political influence by promoting and financing ambitious infrastructure and space programs.

The Uncertain Sustainability of BRICS Strategies for Sustainable Development

This paper explores the strategy for sustainable development of the BRICS with the aim of assessing their domestic and international strategies within the institutional framework established by Sustainable Development Goals (SDGs) and Paris Agreement (PA) on Climate Change. The Authors argue that the BRICS show a strong potential in leading the way to sustainable development,
playing a major role in world economy in terms of trade and finance and involving an increasing number of less developed and emerging countries in a complex web of economic and political relations.