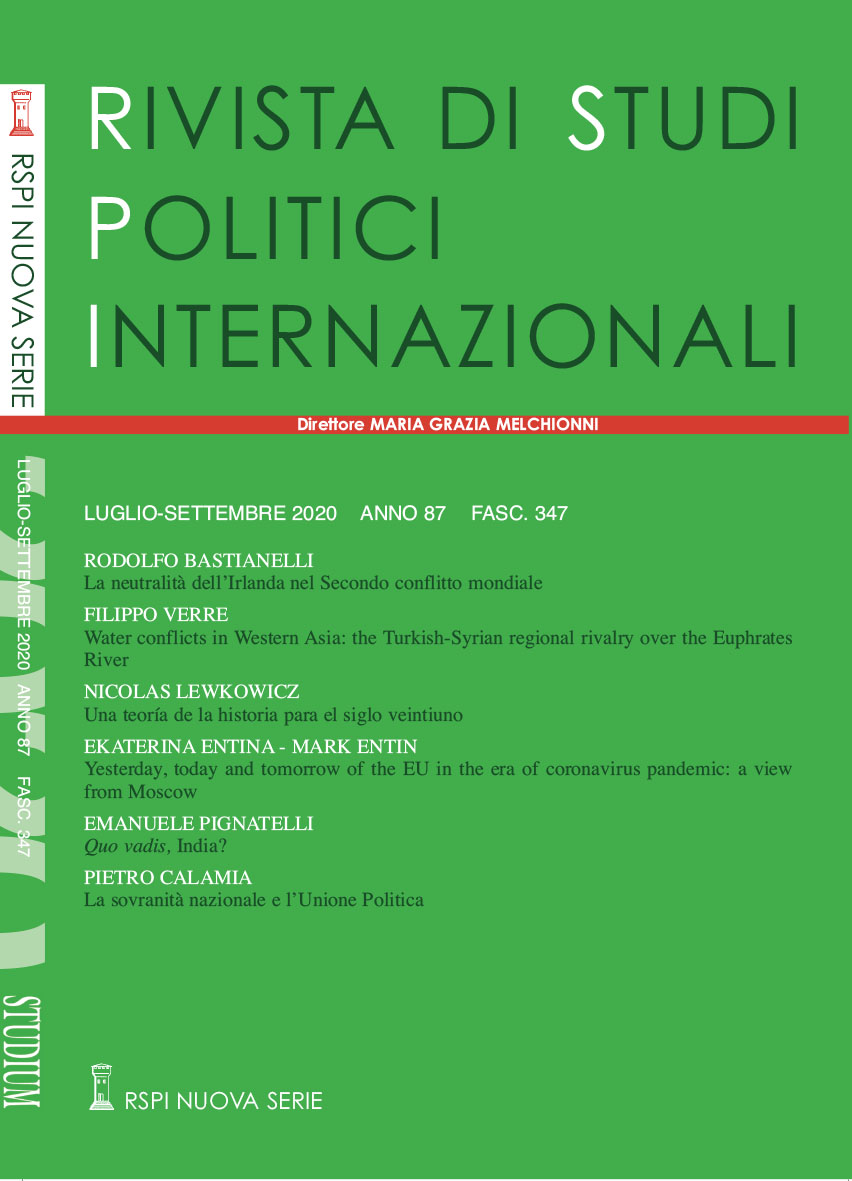 The essay describes Irish policy of neutrality during the Second World War. The first part is focused on the historical reasons of Irish neutrality and de Valera’s attitude toward Great Britain and Germany in the years from 1930 to 1938; the central part analyzes the difficult relations between Ireland and the Allied during the wartime because of the too permissive Irish policy toward the German diplomatic mission in Dublin accused of espionage.

Water conflicts in Western Asia: the Turkish-Syrian regional rivalry over the Euphrates River

The political and diplomatic relations between Turkey and Syria have often been characterized by tensions and conflicts. Among the critical moments that have constantly occurred between these two Middle Eastern countries there is a particular common thread that is rarely subjected to critical analysis: water conflicts.

This article suggests that there are three fundamental elements in the construction of a theory of history for the twenty-first century: (1) the defense of historicism as a hermeneutical tool for understanding the events that are taking place at a domestic and international level; (2) the acknowledgement of the limits of the expansion of liberal values and (3) the role of technology in the reformulation of the ontological conception of the human.

Yesterday, today and tomorrow of the EU in the era of the coronavirus pandemic: a view from Moscow

According to the Russian expert community, relations between Brussels and Moscow are worse than even during the cold war. However, many of its representatives still consider Russia and the EU to be two halves of Europe, which should be together, and do not give up the prospect of merging European and Eurasian integrations into one project.

The country with the second highest population in the world, India is driven by its strong nationalism and by the need to maintain its traditional equidistant diplomacy in order to carve itself out a new position, poised between the Western world, Russia and the encroaching Chinese presence.
Internal tensions with the Muslim minority and the long struggle with Pakistan over their reciprocal religious intolerances, as well as over the partition of Kashmir, have long influenced India’s ambitions for being recognized as a regional power.