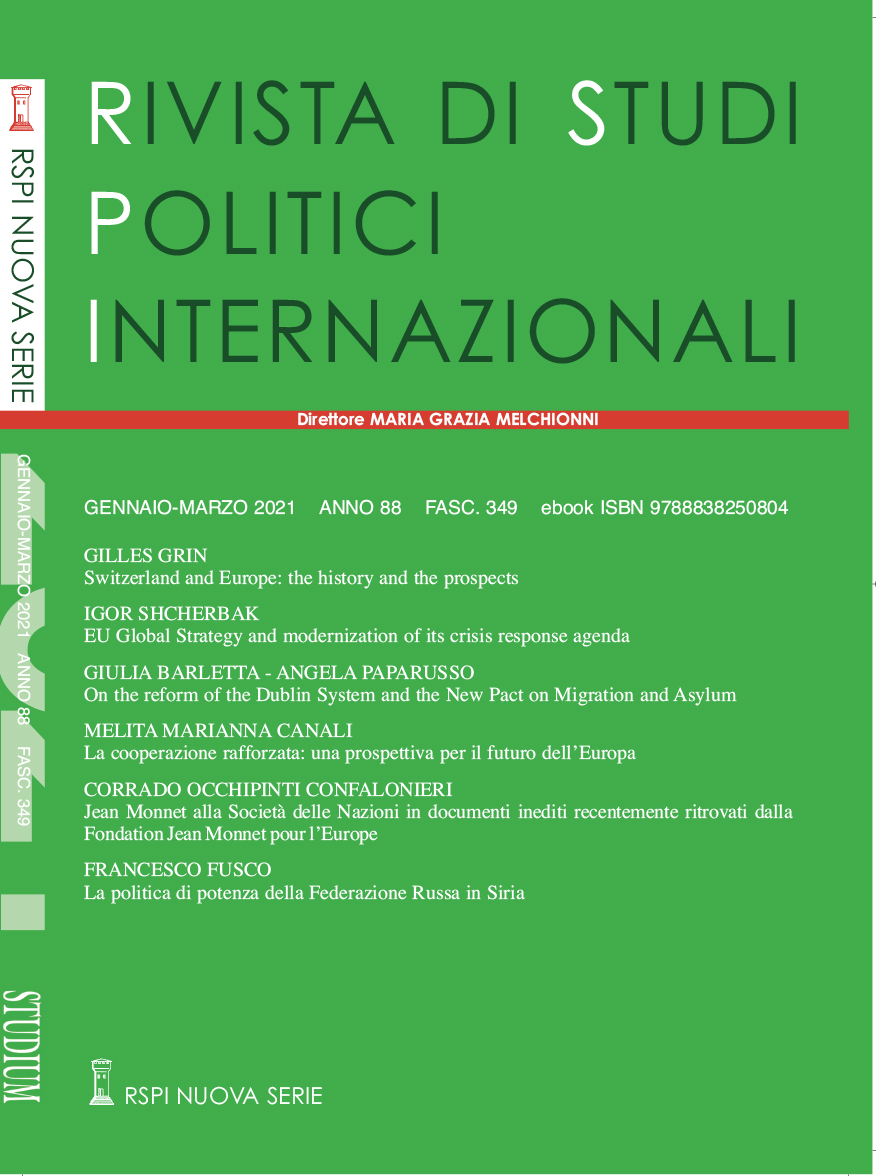 Switzerland and Europe: the history and prospects

This article begins by taking a long view of the history of Switzerland and its particularities, including its geography, its economic interdependencies and development, the political and institutional structuring of the country in a changing Europe, the birth and development of modern Switzerland, and its distinctive historical experience during the first part of the twentieth century.

EU Global Strategy and modernization of its crisis response agenda

The article examines the changes in the EU’s Global strategy and modernization of the EU‘s crisis agenda under the new challenges to international and regional security and stability. The Author draws attention to the new tendences in the EU crisis response policy which combines security and development strategies.

This contribution aims to provide an overview of two of the most salient characteristics of European Union (EU) cooperation on migration and asylum, in order to evaluate how – and if – their drawbacks are tackled in the New Pact on Migration and Asylum presented by the European Commission (EC) on the 23rd September 2020.

The Covid-19 pandemic has underscored the institutional limits of the European action. At its beginning, Member States withdrew into their national shell in an effort to protect their citizens, but they came to realize soon enough that economic and social damage, as well as the nature of the crisis, a symmetric shock, called for a joint, innovative and united initiative: a revised EU budget 2021-27 and the Next Generation EU recovery instrument.

What role Jean Monnet had in the League of Nations during 1919 -1922? Why did he resign? Author reconstructs the stages that led him to Secretariat of the League; how he meant his organization; how as League’s deputy Secretary-General he handled political crises that could compromise peace; the reasons that led him to resign.

The Russian Federation intervened militarily in Syria alongside Bashar al-Assad’s alawite regime, exploiting the geopolitical vacuum which Washington determined, as the latter is progressively more engaged in its dispute with Beijing. President Putin achieved both military and diplomatic successes, which entailed reaching key strategic advantages.