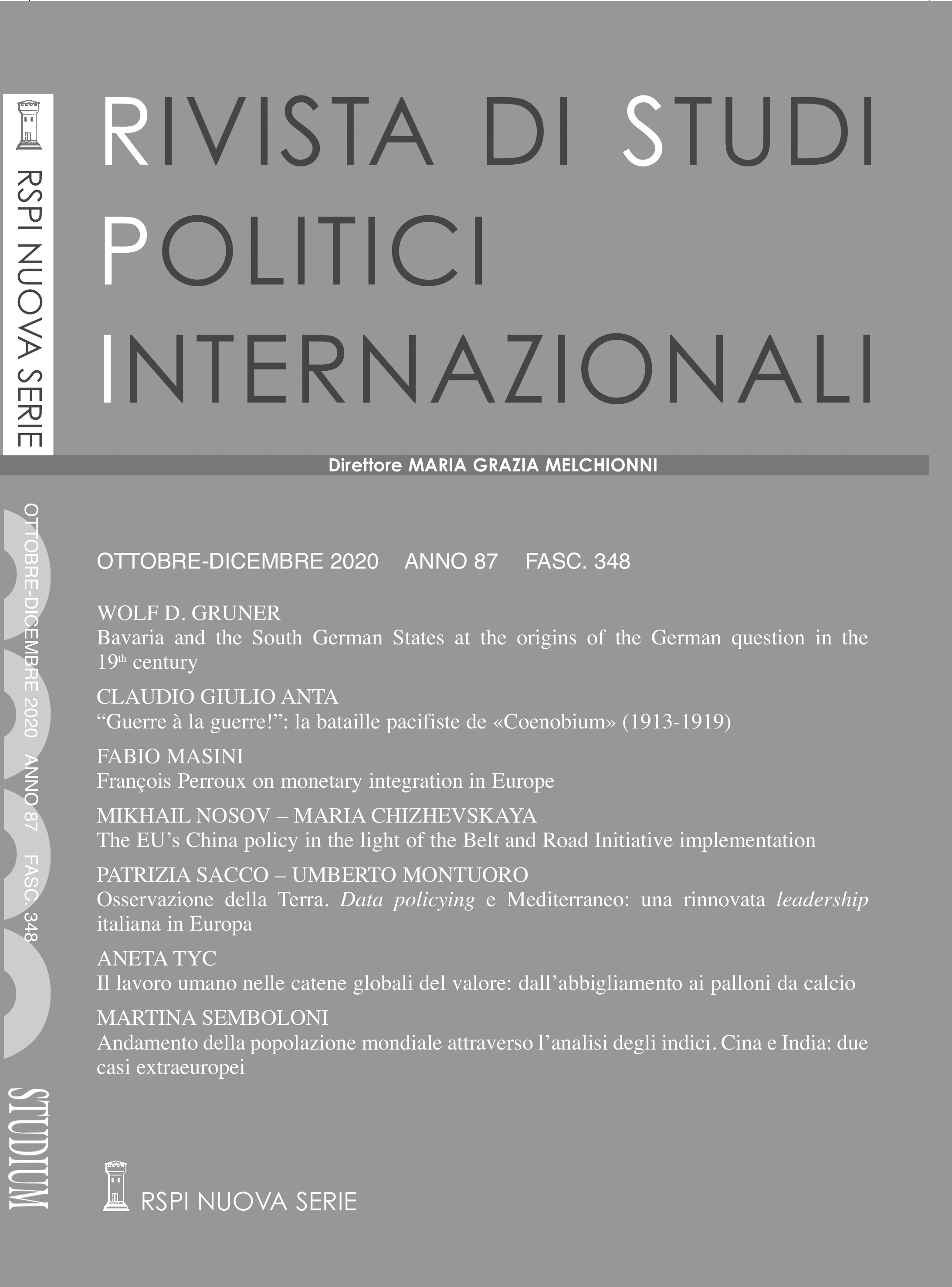 Enrico Bignami, Giuseppe Rensi and Arcangelo Ghisleri were amongst the Italian exiles who arrived at the Canton of Ticino following repressions perpetrated by the Di Rudinì and Pelloux administrations after the 1898 popular uprisings; they created a sort of secular symposium to foster
spiritual values in Lugano.

During WWII, debates on monetary plans for the European and international economic and financial system engaged major economists worldwide. One of the contributors to such debate was François Perroux, with his controversial La monnaie dans une économie internationale organisée, published in late 1943.

The nature of relations between the EU and China is complex. This complexity is well summed up by the triad ‘partner’ - ‘competitor’ - ‘systemic rival’, originally used in the European report EU-China – A strategic outlook, issued in March 2019.

An integrated approach to maritime surveillance allows the authorities responsible for maritime activities to carry out their tasks more effectively having at their disposal a larger number of tools and data. The prototype network implemented in the framework of EUCISE2020 project, and now under consolidation, is the first case of multi sectorial European infrastructure able to share sensitive information about the situation of the sea in the Mediterranean basin.

In the light of the conclusions formulated at the 105th session of the International Labour Conference which was held in 2016 in Geneva and which focused on decent work in global supply chains, the author critically reviews the working conditions in the football manufacturing industry and the clothing industry.

The world’s population is going to cross important thresholds in the coming decades. Population growth will not be the result of rising birth rates but of an ageing population. The proportion of the population distribution in continents and states will change significantly over the next eighty years.