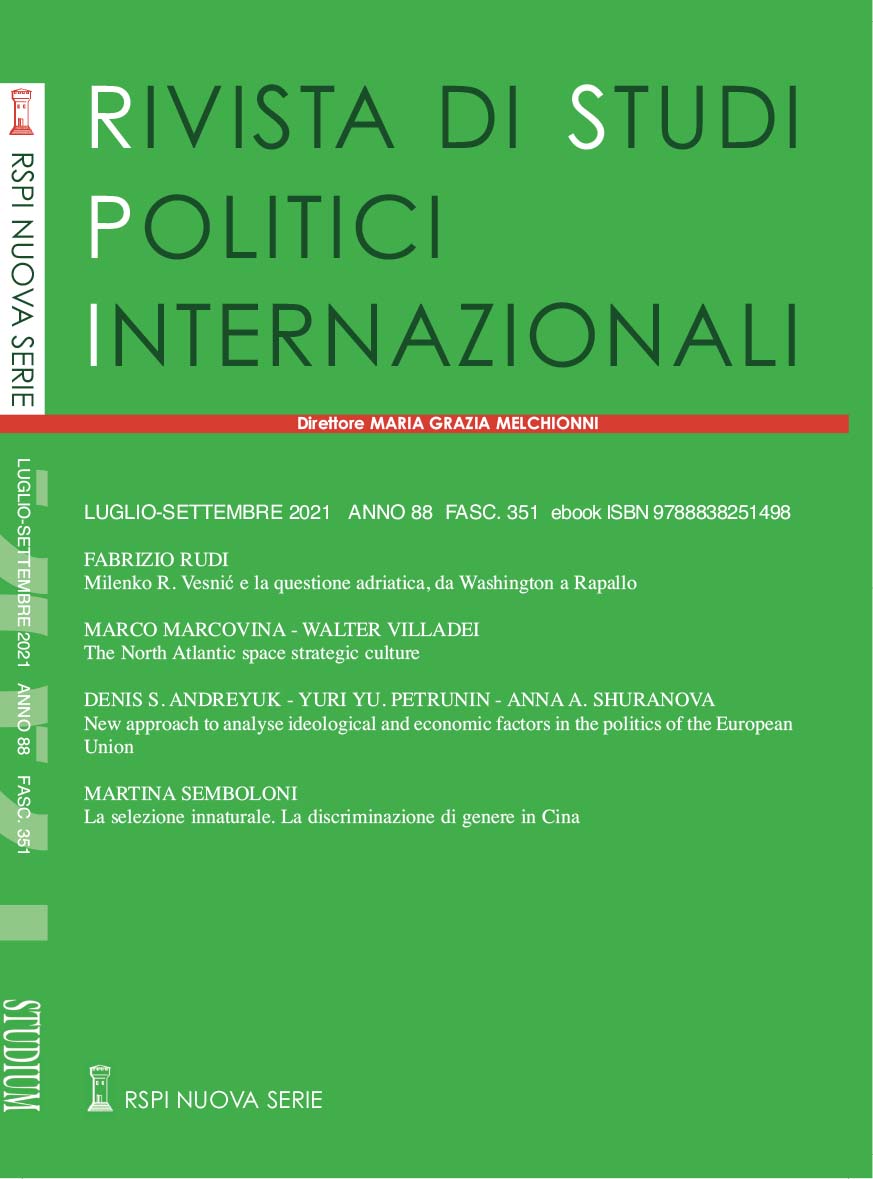 among the architects of the modern Yugoslav State, i.e. of the unification of the three southern Slavic peoples (Serbs, Croats and Slovenes) into a single political entity, Milenko vesnić was certainly the most active and the one who had the greatest number of contacts in Europe and overseas to achieve this purpose.

This paper reconstructs the strategic culture of three north atlantic states: the uS, the uk, and France. The analysis shows that the three countries’ strategists form an epistemic community that shares the same views in the conceptualization of space warfare and the strategic relevance of space for their nations.

Political decision-making on issues that polarise societies are usually accompanied by debates in media and political circles, where influence groups formulate arguments in certain contexts beneficial for their interests. Consequently, the debates become increasingly emotional at the expense of rationality.

The one-child policy introduced in China at the end of the 1970s has had, and is still having, major repercussions on the ratio of the sexes at birth. The preference for male children is due not only to economic and work-related reasons, but also to a mentality deeply marked by an ancestral culture. Physical and psychological violence against women, selective abortions and the non-registration of female children are just some of the consequences of ‘gender inequality’ in China.